Since its inception in the 1890′s, Dilworth has been one of Charlotte’s most distinct neighborhoods. Developed as the city’s first suburb, Dilworth was connected to downtown by Charlotte’s first electric streetcar. The success of the initial development of Dilworth led its creator, Edward Dilworth Latta, to expand the neighborhood in the 1910′s, under a plan by the Olmstead Brothers, then the nation’s preeminent landscape designers.

Although their plan was never fully implemented, the Olmstead’s curved roads and dramatic landscaping set the tone for much of Charlotte’s future character. In 1987, Dilworth was listed on the National Register of Historic Places. 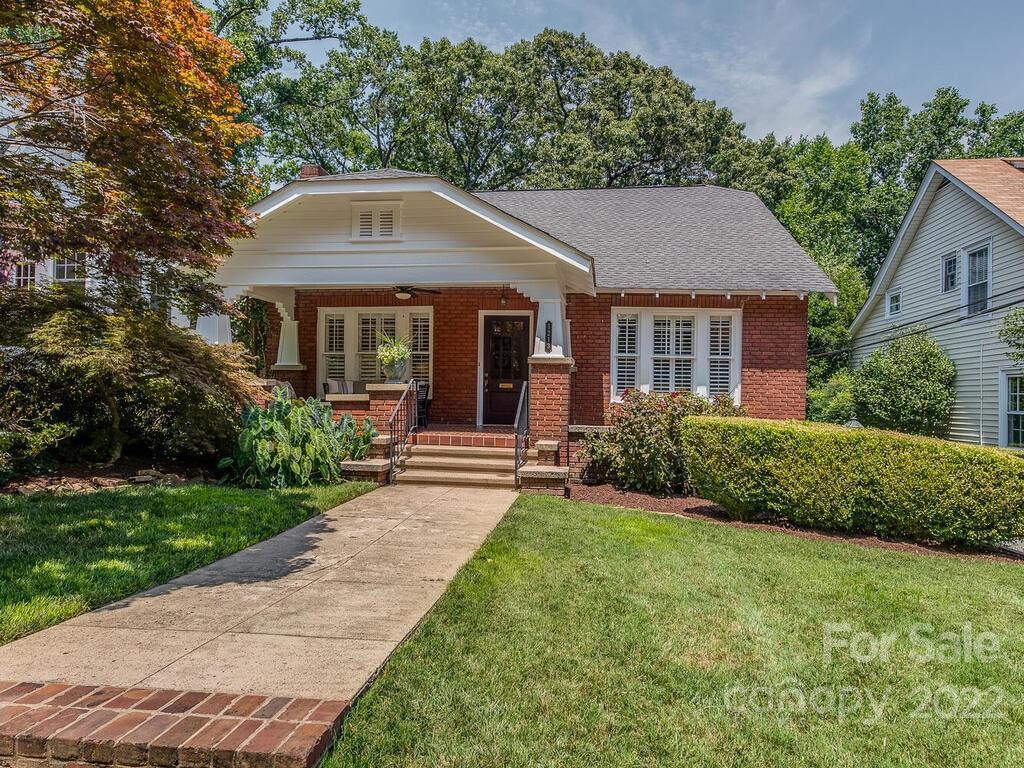 This 5 bedroom quintessential Dilworth Bungalow has it all, from the covered front porch for true Dilworth living, large formal spaces, open airy kitchen that opens to rear deck. Two bedrooms on main with oversized primary suite on the second level. Large spa inspired primary bath with soaking tub and separate shower, split dual vanities, and separate walk in closets. Flat rear lawn area with mature trees and driveway that holds 8 cars for off street parking. Walking distance to shops, grocery stores, bars, restaurants and all that Dilworth has to offer. Home is in the Historic District - restrictions apply. Fireplace sold "as is" (no known issues).